5 Effective Ways To Use Cinnamon For Gas Relief 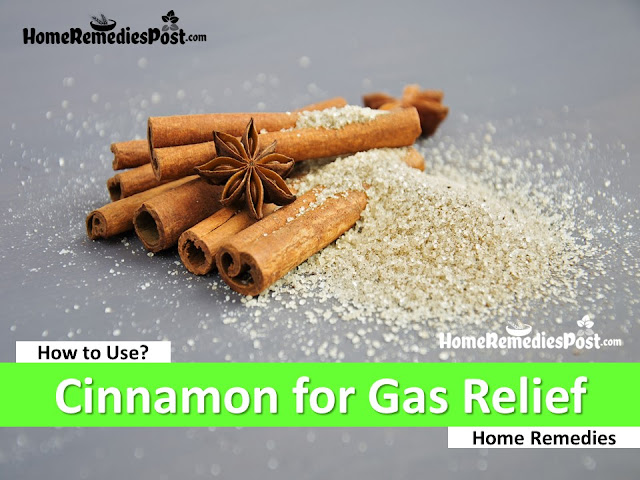 Intestinal gas, gastritis or bloating is quite common and nothing to be ashamed off. On an average, every person farts at least 10 times a day which is considered healthy.


But experiencing it in an uncomfortable situation or in excess amounts can be embarrassing and discomforting. Trapped gas in the intestines can cause pain and discomfort.

There are many reasons for the formation of excess gas in the stomach. Excessive drinking, improper chewing of food, eating spicy, stress, bacterial infection, poor digestion and food allergies are some of the reasons.

Flatulence, lack of appetite, abdominal pain, bloating, belching, a coating on the tongue and bad breath are some of the symptoms.

How To Get Rid Of Gas?

There are many gas relievers and over the counter stuff to get relief from the problem. But do you really have to depend on them to solve this common problem?
Fortunately, we have simple home remedies to tackle with this stomach gas situation. Ginger, apple cider vinegar or cinnamon – these commonly available ingredients can help.

Today, let’s discuss regarding cinnamon – properties and how it can be used to treat gastritis.

Is Cinnamon Helpful for Relieving Gas?

Benefits Of Cinnamon For Gas Treatment:


How to Use Cinnamon for Treating Gas?

There are many remedies that use cinnamon for treating gas. We have listed them for your convenience. Choose one among them and try it regularly.

This provides immediate relief from the pain and soothes the stomach to pass the gas freely.

This combination helps in soothing the stomach and promotes proper digestion. You have to repeat the process only whenever you require.

This combination can be taken before meals if you are a frequent sufferer of gastritis or flatulence.

This combination can even provide relief from acute gastritis. It also provides relief from nausea, reduces gastrointestinal inflammation and stomach irritation

Cinnamon oil can also be used to get relief from gas. You can follow the process below 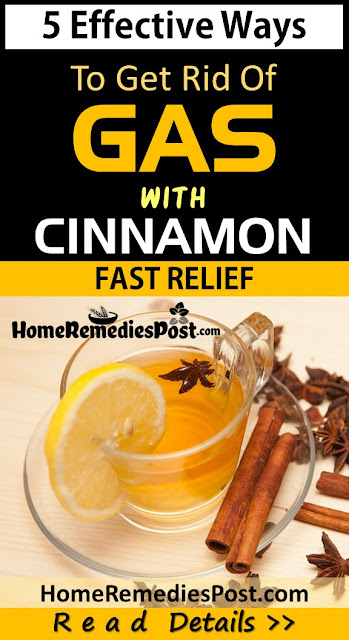